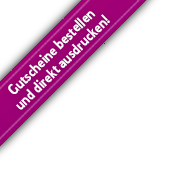 HISTORY OF THE DERBY HOTEL GRINDELWALD

After the great fire of 1892 the legendary „Captain Gsteiger“ (grandfather of the last owner, Peter Märkle) built the „Hotel de la Gare“ on a site next to the station. Up to 1910 the modest house was adapted again and again to the spirit of the times. When, in 1912, the Jungfrau railway attracted an inreased number of interested visitors to the mountains, the far-sighted Emil Gsteiger increased his investment in the hotel.

In 1932 Rudolf Märkle married Martha Gsteiger, a daughter of the founder of the hotel. The young couple took over the tenancy of the hotel, and hesitantly started a short winter season over Christmas and New Year. In 1937 the hotel was bought by the Märkle-Gsteiger couple. In the same year a phase of rebuilding began. There was now running water in all rooms for the first time.

The war years and the immediate post-war years were times of restraint, when we had to do without many familiar things. In the middle of the fifties two further phases of rebuilding were undertaken. From 1947 Martha Märkle went up to „First“ by chair-lift every day to run the restaurant there, which was just a modest one at that time. Convinced of the importance of his profession, optimistic and far-sighted, father Märkle took the risk of providing hotel careers for his children too.

Peter Märkle took over the hotel

In 1970 father Märkle was taken seriously ill. Peter, only 26, had to come from his job in Honolulu and assume full responsibility for the Hotel Bahnhof. Driven on by his inherited delight in taking risks, he ventured on an extension oft he business as early as 1972. In 1973 the hotel extension was completed with the opening of the new five-storey building next to the Hotel Bahnhof.

After the opening of the new hotel in 1974, Christiane Märkle, as the newly married Frau Märkle, supported her husband with a great deal of flair and experience. She brought with her extensive knowledge and experience of the hotel trade. As a gesture to the many English–speaking guest, the name was changed to the present-day “Derby”.

In order to be competitive and well represented on the international market, Mr. and Mrs. Märkle decided in 1986 to join the “Ambassador Swiss Hotels”, today’s Best Western Switzerland. Another stage in the metamorphosis, which has lasted for 100 years, was experienced by the hotel just at the same time: each room has been connected to cable TV and every guest was able to connect to the world by phone – without an operator by direct dial. As well the hotel was equipped with the latest communication devices and connected to the worldwide reservation system Plato 11. Normality nowadays, but back then a progressive leap into modernity.

The employees: the most important success factor

Despite all the technical innovations, the directors know one thing for sure: “All the goals would not be achievable without the help of our employees.” A principle that we are as faithful to today as we are 40 years ago Some employees have been loyal supporters of the company for decades and take care of the guests’ needs every day with their spirit and personal commitment. That’s why many guests return to the “home of hospitality” for many years. Even after leaving Best Western after nearly 20 years of affiliation, the clientele remains international.

In 2012 the Derby Hotel celebrates its 120th anniversary. In the same year, the owners decide to sell the business. The Aargau-based Kasper Holding AG will take over operations with all employees in December 2012. The aim of the company, which had back then already eleven independently managed hotels and restaurants, is to preserve the proven concept, charm and warmth of the hotel as it has been built and lived for three generations. For the time being, the Märkle couple remains committed to the management.

From April 2013, Marion Ziegler and Gunnar Baum will take over the management of the hotel as a management couple. With the principle of “Never change a running system”, our guests will still find their favourite dishes on the menu, enjoying the rustic ambience in their preserved decor and being cared for and pampered by the same experienced crew. In the following years, renovations and innovations are constantly being implemented in order to be able to offer guests contemporary comfort.

In fall 2018, a very special occasion has been celebrated: no less than 12 team members celebrate their 10-year seniority. Including most of the department heads and deputies who have been loyal to the Derby for more than 25 years, record holder Michele Martinelli (restaurant manager) has even been there for 40 years. Reason enough to honour these people, who have left their mark to our house for so many years, in a big celebration with friends, family and of course the rest of the team.